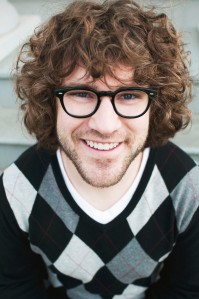 I am a sociologist at Cornell University studying inequality and why it persists.

Unequal social relations and structures can be maintained through force or ideological legitimation. I focus on legitimation. More precisely, I examine factors that ostensibly compensate for inequality—by providing social, psychological, and/or material benefits to subordinated groups—but can paradoxically end up legitimating and reinforcing it. Although legitimation is my focus, I take a broad view of the study of inequality and also examine various injustices and inefficiencies that limit or facilitate people’s opportunity and well-being.

I’m writing a book with Oxford University Press titled Is Faith Feminine? What Americans Really Think about Gender and Religion. The book considers the ways religions are gender-typed, the implications of gendered social psychological incentives and expectations, and how religion suppresses gender differences in politics.

My work has received awards from several sections of the American Sociologial Association and other organizations, is forthcoming or has been published in American Sociological Review, Social Forces, Gender & Society, Science Advances, and Proceedings of the National Academy of Sciences, and has been covered in several print, radio, and television outlets including New York Times, Washington Post, Economist, and CBS News.